Discontinuous research on Captain Beefheart and the Magic Band since June 1994.


Trout Mask Replica
This is perhaps one of the best-known Captain Beefheart albums, and can still be found as a CD. It is everything it is reputed to be: an incredible mix of influences crammed into a double-length album, with a sound that seems to exist outside of most musical styles. With that in mind, it's hard to listen to. A common response to this album (from what I've been told) is initial hatred. It has a very cacophonous sound, but after listening to it for a while, it sort of creeps up on you, and you find yourself loving it. It does take some determined listening, though. Regardless, it is a purchase everyone serious about music should make - just be prepared for a shock if you've been listening to more standard-format music.

Added to the CD issue after the words "most recent...":
CD design and restoration: Tom Recchion

A picture of the Mascara Snake and of Zoot Horn Rollo, from the gatefold interior of Trout Mask Replica.

Just for fun, I made this picture below on the left from the above picture of Zoot Horn Rollo, in an attempt to return it to the original colors. Next to it is a partial scan of the back of the album. 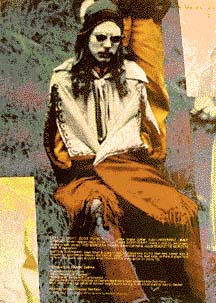 An amazing Trout band photo, credited to Ed Caraeff, which appeared in Rolling Stone # 507 in 1987. This was the "100 Best Albums of All Time" section. 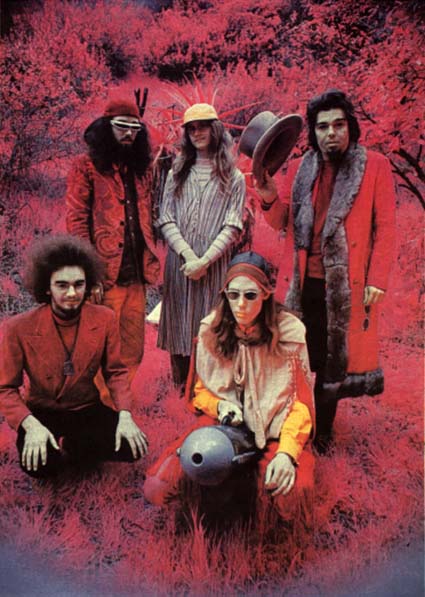