Discontinuous research on Captain Beefheart and the Magic Band since June 1994.

Bill Harkleroad was known as "Zoot Horn Rollo", one of the early Magic Band members. He played (and still plays) guitar, and lives in Oregon. He has a book about his time in the Magic Band called "Lunar Notes" and can be reached at zhr@teleport.com for a signed copy, if he has enough available. You can also buy "Lunar Notes" at Amazon.com or Barnes & Noble. Order a signed copy from Zoot himself at:

U.S. currency only please - Send cash, check or money order. Don't forget to include your name and return address!

John French said this recently:
"Although, by sheer coincidence, Zoot Horn Rollo was originally my stage name. I was christened that in late 1967 and then after Bill joined the band, Don came up with the name Drumbo for me, and Zoot went to him. It never felt right on me anyway. I believe Alex actually made up the name Zoot Horn Rollo as a joke one day." 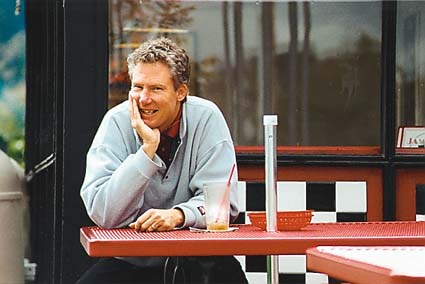